The Museum of Metallurgy is situated in the picturesque valley of Szinva Brook. The permanent exhibition of the museum is hosted by the wonderful 18th-centruy Baroque building of Chancellery in Miskolc-Felsőhámor, displaying the Hungarian and world history of iron metallurgy from the Ancient Times till the end of the 20th century. The history of iron metallurgy can be seen in chronological order in terms of technology. Visitors can get acquainted with the role and importance of iron in the history of mankind and in the development of technology, economy and culture and with the difficult, and at the same time noble work, which was connected to the use of metals in certain periods. Several unique objects are included in the permanent exhibition: two special furnaces (the so called buca type) from the 10-12th century, displayed in their original place and condition and the world-famous steel engraver, used during the regulation of the river Danube.

The Massa Museum which belongs to the Museum of Metallurgy welcomes its visitors in the valley of Granada Brook. It exhibits the main events of the hundred-year-old history of iron metallurgy of Diósgyőr, its original documents, instruments, and products, which were used in the 18th and 19th centuries. One of the most significant national industrial monuments stands next to the museum, namely the blast furnace, built in the 18th century and fired by charcoal, which is known as the "Fazola smelter". The surroundings of the "iron beater" ('hámor') is usually loud from the beats of the great hammer - in the building, which is reconstructed based on eighteen-century-drawings, a water-wheel driven wolf hammer, a wind bag, and a glowing furnace recall the spirit of the contemporary workhouse.

On the other bank of the brook, in a national monument area, there is an open-air museum of machines applied in iron metallurgy and mining. Here the original forge yard and technological devices can be seen.

How to approach the the Museums

The Museum can be reached from Miskolc by local bus number 5 and 15 from Felsőhámor bus stop with a ten-minute walk. By car it is accessible from Miskolc in Felsőhámor by leaving the road of Lillafüred. For those who travel by light railway it takes a 10-minute walk from Lillafüred station in the direction of Miskolc. It is recommended for groups arriving by private bus to leave the bus in the bus park in Lillafüred, from where the museum can be reached on foot in a couple of minutes.

The Massa Museum can be reached by local bus number 15. It takes only a one-minute-walk (approximately 100 meters) from the Újmassa-Őskohó bus station. It is also accessible by light railway from the Fazola-kohó station. 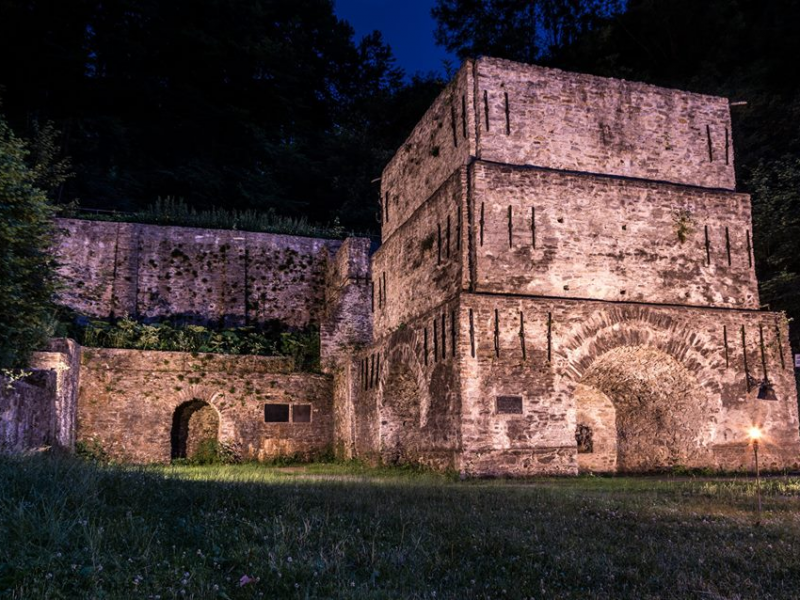 The ticket office closes half an hour before the museum closes.
Between November and April the museum is closed.
The last Saturday of every month is a family day. This applies to Massa Museum in the summer and the Metallurgical Collection in winter. Entrance is free of charge on these days.